Loki is now retired from breeding. While Loki is a nice boy, he does not have the working drive I am looking for, and after siring two litters here it became clear he didn't produce the qualities I want in my bloodline. While he doesn't have any glaring faults with the way he's put together, he neither has anything spectacular about his conformation, and didn't offer much of an improvement compared to my bitches. Some of his pups always grew to be much too big, and a couple as adults had fear issues and unstable temperaments. Finally, a lot of Addison's disease came to light in one side of his pedigree, and one of his offspring went on to develop the condition. While Addison's is something that can happen in any dog, is treatable, and the genetics involved with it aren't understood, poodles seem to have a higher risk than other breeds, so it's important that dogs with affected close relatives only be bred sparingly to mates without close relatives with it in order to try to reduce the incidence. For all these reasons, I felt that Loki was not suitable to continue in my programme as a stud dog. Breeding responsibly is very much about taking tough decisions such as this for the benefit of the breed and one's bloodline.

Loki is a friendly 24" tall dog, who loves his dinner and the sound of his own voice! Loki did some working trials training and we achieved his Kennel Club Good Citizen bronze, silver, and gold obedience awards while he lived with us. In 2017, Loki joined an active family to begin a new chapter of his life where he can enjoy more one-on-one time and the attention he loves. Loki has settled into his new family, and has been enjoying agility with them.

Loki has balanced, moderate angulation, a level topline, and a gentle and intelligent expression. He is genetically clear of vWD, NE, and DM, has a clear eye test and SA biopsy, and a BVA hip score of 3 + 4 = 7. 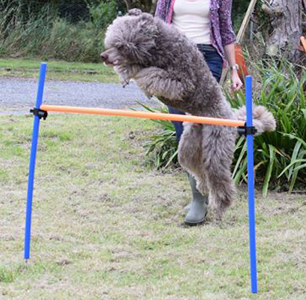 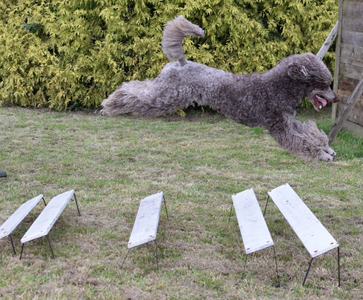 Loki playing with two of his daughters, Adhara and Rana 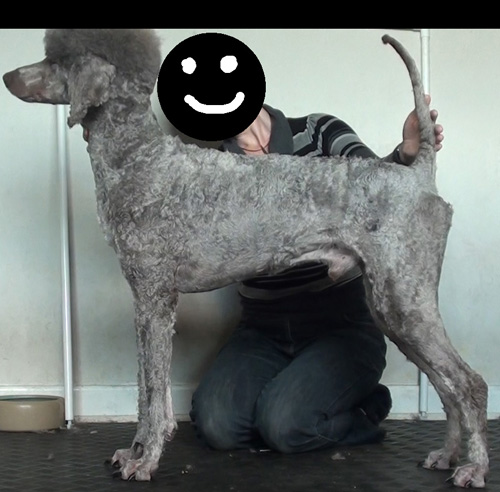 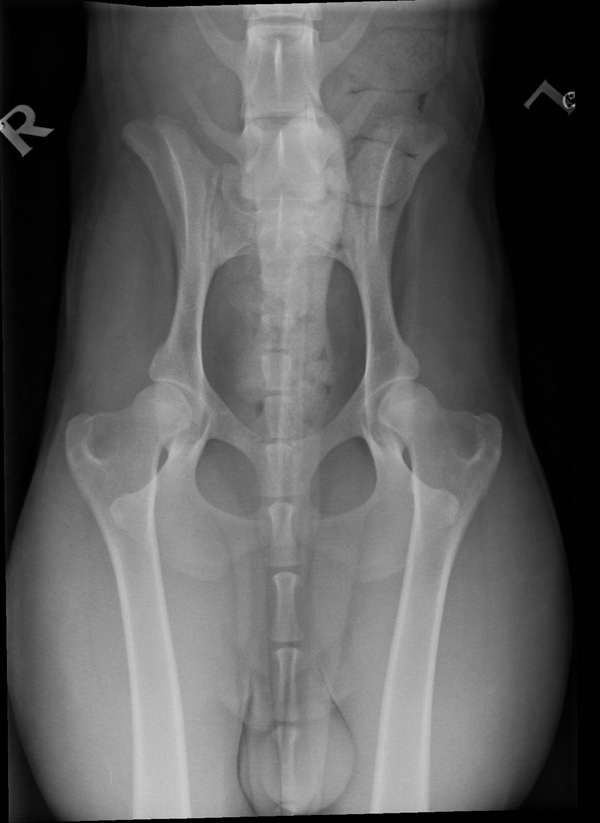