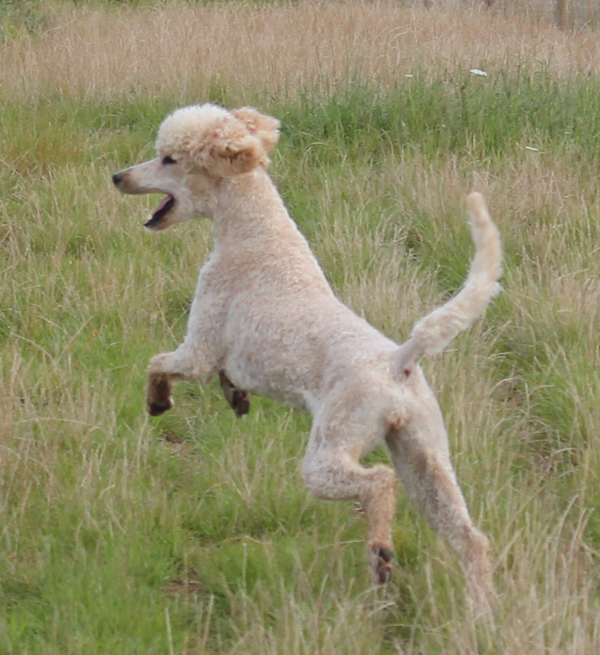 
Cally was from a litter I bred and I kept her until I decided for various reasons when she was a year old that she just wasn't the direction I want to take my breeding programme. She went to live as a pet with a person and two older poodles. Cally II was supposed to be called Midori after a Japanese liqueur, but it never really stuck. My grandmother who is elderly and living with disabilities as a result of a stroke she had a few years prior, liked her and said that she thought she should be called Cally, because she reminded her of my first poodle Cally, who I used to take with me years before to visit her and my grandfather when he was still alive and they lived in the house they had always lived in since they got married. Incidentally the original Cally was named after a character from Blake's Seven. 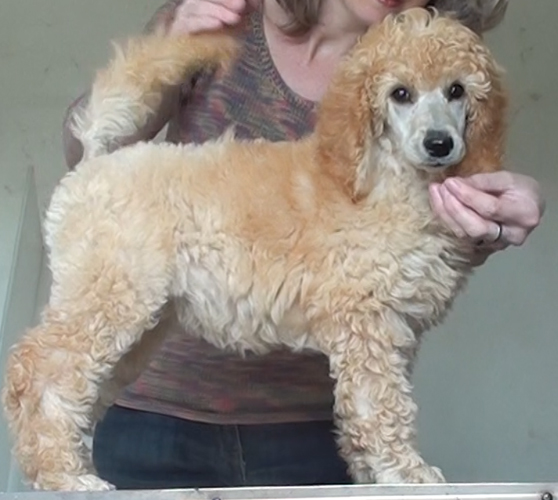 
Cally is a cream puppy, which is not the most sensible colour for my breeding programme, but colour is superficial, and a nice poodle is a nice poodle in any colour. Cally's balanced structure along with her focus on people and toy motivation were what made me decide to choose her over the other puppies in the litter. 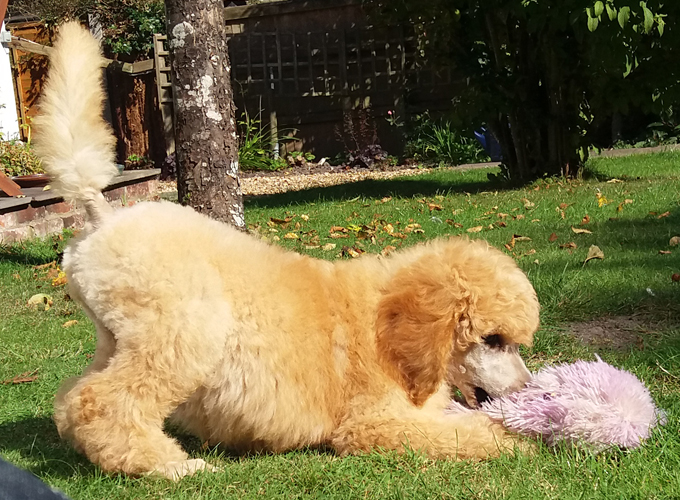